Before we begin, let’s get one thing clear: texting your ex during the NO CONTACT phase of the breakup is almost always a bad idea. There are some very big reasons you need to leave your ex alone during this stage, so if you haven’t read them already, check them out by going here. 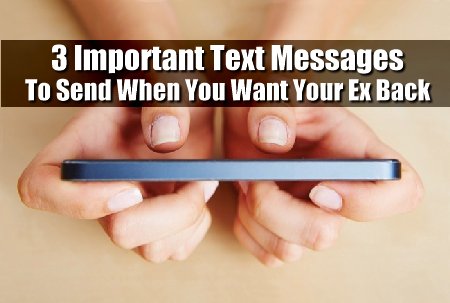 With that out of the way, let’s begin.

The most desired of all communication, when you’re trying to get back together, is any form of contact initiated by your ex. The fact that your former boyfriend or girlfriend is calling or texting you, rather than the other way around, shows a lot more in the way of serious interest.

There are ways of getting your ex to call or text you. Some are fairly obvious. Others are a lot more subtle.

All of them however, can put you back in the driver’s seat. You take back a lot of that missing power and control when your ex is forced to make that extremely coveted first move.

Yet before even that can happen, you’ll need to use these emotional bonding techniques to make your exboyfriend or exgirlfriend MISS you first. When your ex misses you, ANY contact you make with them will be a positive, welcomed connection. This makes your overall chances of getting back together a lot more successful in the end.

Sometimes though, you have to make the first move. There are times when it’s necessary to reach out to your ex boyfriend or girlfriend, in order to get things moving in the right direction.

If this is where you’re at, you can often break the ice with a simple text-message. Here are three examples of texts you can send to your ex when you’re looking to reconnect:

The ‘I Agree With the Breakup Text’

If you’ve been fighting the breakup or trying just about everything to get your ex to go back out with you, this is a good one to start with. Essentially you’re coming off as no longer interested in dating this person, but would rather carry on a platonic friendship with them.

You’re going to give them a text they can’t possibly argue with. Something like:

“Hey, what’s up? Listen, you were right about us being better off apart. Sorry it took me a while to get it! Anyway, we were good friends before we started dating, and it would suck to lose that friendship just because we can’t be together. Let me know if you want to get lunch or something, so we can catch up!”

This is a non-threatening, non-confrontational way of accepting the situation for what it is; you’re no longer together, but at the same time you’re looking to save whatever pre-dating relationship (i.e. friendship) you used to have.

This isn’t saying you’re going to be best buddies with your ex – that’s never a good idea. But you’ll make them think you want to be friends in order to jockey for better position when you DO make the bigger moves (step 5 and step 6) later on down the line.

Think back to your past relationship. Where did you go? What did you do? Try to envision which special places or times or even sports teams you shared with your ex boyfriend or girlfriend, and pick one that’s really GOOD.

You need to grab hold of one he or she will remember. One your ex will associate with you. For example, let’s say you went to the NY Jets games a few times together, and always had an awesome time. At that point you can send a text like:

“Hey, did you see that one-handed catch the other night? That happened
RIGHT where we were sitting last January!”

You can substitute anything here, as long as it’s relevant.

“Holy shit, did you notice [NAME OF A RESTAURANT] burned/closed down the other day? I was just thinking of all the times we went there together!”

Basically, that sort of thing. You pick something you know was fun or important for your ex boyfriend or girlfriend, and hopefully something relevant to you relationship. A holiday or event you went to. A favorite band that happens to be back in town again. Then you make an innocent comment on it, in the form of a text message, and follow the reply up with something like “By the way, how’ve you been? Things cool with you?”

The ‘Congratulatory’ or ‘Checking up on Someone’ Text

This is really two different texts, but with the same basic flavor. For this one, you need to pick an event that happened recently in your ex’s life. Maybe they graduated. Maybe they got a new job. Choose something positive, and then text them with:

“Hey, congrats! I heard you were accepted to Cornell! That’s totally awesome!”

You can also use this method to check up on an existing situation in your ex’s family or circle of friends. For this one, you’ll need to have dated them a little longer, so you have a much better clue as to what’s going on in your boyfriend or girlfriend’s social life.

“Just wanted to know how everything worked out for your mom. Is she out
of the hospital yet? Tell her I hope she feels better.”

Again, you want to deliver the message in such a way that you’re almost making small talk. Only it’s not a pointless “Sup?” text, which is the lamest possible thing you can send. You’d be surprised how many people think they can start up a new conversation with something as simple as that, and still expect a positive result.

Sometimes it seems things go awkwardly no matter how you communicate with your ex. You might feel like you’re bothering them, or that they’re really not that interested in hearing from you at all.

When this is the case, you need to up your game. You need to put some new weapons in your arsenal, rather than fight with the same old dull ones you keep trying to no avail. 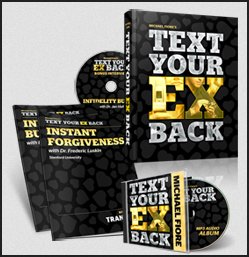 Text Your Ex Back contains some ground-breaking, next-level stuff.

It’s a complete step-by-step SYSTEM showing you how to break the ice, make contact, and continue to communicate with your ex boyfriend or girlfriend on only the most positive levels.

Learn what to do… what to say… and exactly WHEN you should be saying it. The system teaches you how to trigger deep-seeded emotional attachments already within your ex’s mind and heart, and then use those attachments to re-generate his or her original feelings for you again.

If you’re looking for the ultimate guide on what to say after a breakup, look no further. Check out the many sharp tools within Text Your Ex Back, and get started right away on the one and only CORRECT path to reconciliation.